The undersigned associations representing different segments of the transport and logistics sector welcome the European Commission’s Fit for 55 proposals as a key step to reach the EU’s enhanced climate goals for 2030. The associations consider that the proposals are a necessary building block to turn the climate targets of the EU Green Deal into concrete policy actions and to bring about the greening of waterborne transport.

The associations reiterate their call for a meaningful dialogue with the EU institutions in view of adopting an ambitious and smart set of rules that will reinforce the leading role of the EU in terms of decarbonization whilst preserving Europe’s competitiveness.

The “Fit for 55” proposals constitute an interesting basis of work. They do however also require more finetuning and more importantly a more holistic and balanced approach as well as consistency with other EU policies, in particular the Sustainable and Smart Mobility Strategy.

Through this contribution, the associations seek to draw attention to some elements of the proposals that lack clarity or can be a source of confusion or contradiction.

The FuelEU Maritime Regulation imposes requirements on ships to connect to onshore power supply (OPS) by 2030 and the AFI Regulation contains targets for infrastructure deployment in TEN-T core and comprehensive maritime ports. The undersigned associations welcome the aim of these proposals to regulate both the supply and demand for OPS.

In view of these targets, it is welcomed that the Energy Taxation Directive revision proposal (see article 15.5) allows for total or partial tax exemptions for electricity provided to vessels at berth. This could encourage vessel operators to increase the uptake of OPS already before it becomes mandatory by 2030.

A mandatory total exemption for electricity across all Member States, however, would produce better results. The lower the price of connecting, the higher the likelihood that vessel operators will opt for this clean solution. Applying a more harmonized tax rate across the EU is also crucial in view of ensuring a Level Playing Field between EU ports.

Furthermore, if the EU really wishes to increase the deployment of OPS infrastructure, the majority of investments should be public. It is for private companies in the current context difficult to make investment decisions, as, in view of the uncertainty that still exists regarding the pathways to decarbonization for the waterborne transport sector, return on investment remains very uncertain.

The associations also believe that there is a need to continue guaranteeing technology neutrality as this is a key enabler of innovation. The list of zero-emission technologies besides OPS allowed by the FuelEU Maritime Regulation should therefore be reviewed and made future proof.

Finally, consistency between the various Fit For 55 proposals and alignment of these proposals with other EU policies is a crucial prerequisite for a successful implementation of OPS. As already mentioned, a tax exemption will most likely stimulate demand and strengthen the business case thereby helping port stakeholders to meet the deployment targets of the Alternative Fuel Infrastructure Regulation proposal.

The need for consistency between Alternative Fuels Infrastructure Regulation (AFIR) and FuelEU Maritime is even more important. The associations believe that the OPS infrastructure deployment targets of AFIR can only be realistically met if the user requirements of FuelEU Maritime are not watered down and vice versa.

The EU Commission seeks to phase out allowances for various sectors covered by the EU ETS that are more than others subject to international competition and hence carbon leakage and proposes to apply a carbon levy to imports in those sectors instead.[1]

The rationale behind this approach is welcomed as it incentivizes sectors to reduce their emissions by eliminating free allowances while it protects them from carbon leakage by introducing a levy on imports based on their carbon content.

The associations call on the Commission to take a similar approach when it comes to ports and ships, i.e., to push sectors to reduce emissions while addressing the risk of carbon leakage.

This application of FuelEU and EU ETS to extra-EU traffic calling or departing from EU ports, could probably make routes towards and calls at non-EU ports in, for example, the UK, Russia or the Maghreb more attractive from a financial point of view. This way the competitiveness of the EU maritime sector would be harmed, without actually reaching emission reductions.

For shortsea shipping, this approach will mean an additional competitive constraint compared to less sustainable transport options and would thus be in contradiction with the European Commission’s mobility policies.

In the context of CBAM, it will be equally important to carefully minimize any impacts of the current proposal on the competitiveness of European industries exposed to global competition.

Therefore, as EU ETS and FuelEU Maritime are being implemented, the EU should at the same time introduce measures to prevent carbon leakage and a loss of competitiveness in the maritime sector.

The associations appreciate that the EU is calling on other regions to propose initiatives similar to the EU, but this may not be sufficient to avoid carbon leakage in the short to medium term.

It is to be supported that the EU Emissions Trading Scheme (ETS) Directive proposal mentions that part of the revenues raised by the auctioning of allowances should flow to the Innovation Fund and cover investments aimed at decarbonizing the maritime transport sector, such as sustainable alternative fuels or zero-emissions propulsion technologies.[2] It is also a positive signal that parts of the revenues collected via penalties under the FuelEU Maritime Regulation will flow to the Innovation Fund and could support “common projects aimed at the rapid deployment of renewable and low carbon fuels in the maritime sector”[3].

The undersigned associations, however, would like an even clearer commitment of EU policy makers through a guarantee that the funds raised via FuelEU Maritime and the EU ETS will be used to green the maritime transport sector, which includes investments into port infrastructure and, if necessary, superstructure as well.

The above principle should apply to all parts of the transport sector. Terminal operators and inland shipping, for example, should be able to receive the revenues coming from the implementation of the Energy Taxation Directive to be used for innovation projects aimed at achieving emission reductions or for retrofits or fleet replacement programs in order to move from diesel-based equipment to greener alternatives.

The Alternative Fuels Infrastructure (AFI) Regulation compels Member States to ensure that by 1 January 2025, sufficient LNG refueling points are in place to allow seagoing ships to circulate throughout the TEN-T core network.

In other words, the AFI Regulation still assigns an important role to LNG in the short- to medium-term. This is the correct approach since, as shown by recent orders by shipping companies of LNG vessels, LNG will likely remain a relevant alternative for the shipping market in the near future. Moreover, many port stakeholders already made significant investments in view of the requirements spelled out in the AFI Directive of 2014.

At the same time however, it should be prevented that port stakeholders need to provide LNG refueling points where there is no return on investment. The AFI Regulation should therefore follow an approach where the provision of LNG infrastructure is still allowed for, but no requirements are imposed in the absence of demand from the shipping side.

At the same time, the uptake of LNG should be stimulated through tax measures, by retaining it as a transitional fuel under the Energy Taxation Directive.

The undersigned associations support an approach towards decarbonization that, at least in the short- and medium-term, also includes the use of low carbon fuels.

By changing tax rates through the Energy Taxation Directive (ETD) revision and by including new segments of the transport sector (maritime and road) into EU ETS, the prices of passenger and freight transport for each transport mode will inevitably change. The impact of this should not be a modal shift towards less sustainable transport options.

[1] The CBAM will apply to the following sectors: Cement, electricity, fertilisers, iron and steel, and aluminium 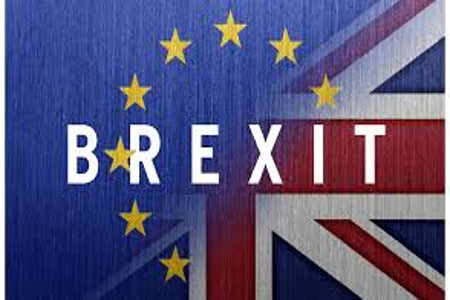 The UK and the EU reached a final agreement on the future of their relationship that will maintain trade fluidity and avert disruptions. The two sides avoided a no-deal scenario in the last minute with Read more... 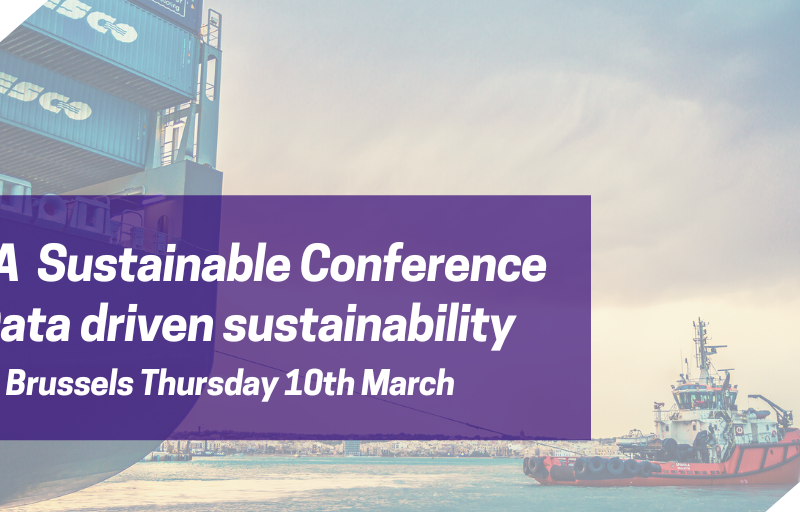 ETA is organizing a conference dedicated to Data Driven Sustainability on the 10th of March. The event will take place at the Royal Library of Belgium in the very center of Brussels.   In order to strengthen Read more...