CLECAT, ETA, EBU, ESC, FEPORT, GSF, GSA and UIRR representing users of liner shipping services and service providers of the maritime logistics chain (hereafter, the associations) jointly object to the prolongation of the Consortia Block Exemption Regulation (CBER) on the grounds advanced in the Commission Staff Working Document Report from 20 November 2019 (the SWD). The associations believe the Commission has failed to demonstrate that the continuation of the CBER would benefit transportation users and service providers, i.e. consumers.

The EU’s Consortia Block Exemption Regulation for liner shipping exists since 1995 and was revised in 2010. Since then, it has been renewed, without modifications, every five years. The Commission’s proposal – to which the associations strongly object – is to once more renew the BER without modifications.

Not only has the Commission largely dismissed the views of the users, operators and service providers in the supply chain, the associations all share the view that there are many legal flaws in the arguments put forward by the Commission. These flaws relate to many issues – missing data, one-sided assumptions on efficiency gains disregarding non-rate related parameters, lack of a proper definition of relevant geographic markets to assess market shares and a complete failure to identify remaining benefits to users if the CBER would be continued.

A profound legal analysis[1] of the SWD has demonstrated that:

1. The Commission has not obtained the relevant price and market share data and information readily available from the carriers – benefiting from the CBER – to enable it to review the operation of the CBER in the light of the major developments in the industry since the last review in 2014.

The Commission concedes it is difficult to estimate the exact market shares of consortia due to a lack of accurate data on transported volumes and the complex network of cross-membership between consortia. This amounts to an admission that the terms of the CBER are unenforceable as the Commission cannot calculate precisely whether a consortium falls within the market share threshold.

2. The Commission has not recognised that a BER is the application of competition law by legislation of general application to a category of defined agreements but is not a self-standing law in the same way as standard EU legislation subject to the EU Better Regulation policy and the related Evaluation process.

3. The Commission has not assessed the five Evaluation criteria accurately and in a balanced way, in particular because of the failure to obtain the available relevant data and mainly by ignoring important changes in the liner shipping market since 2014. Without adequate explanation, the SWD has wrongly excluded Alliances from the evaluation of the CBER. Alliances have through investment in ULCV’s – largely changed the economics of international liner shipping, which in turn has changed cost structures for logistics and infrastructure providers. It is disturbing that the Commission SWD concludes that Alliances are irrelevant to its evaluation of the CBER because two of the Alliances fall outside the 30% market share threshold on certain trades.

The associations consider it equally frustrating that the Evaluation criteria are completely biased towards the interest of the carriers. The BER is said to provide for carriers with legal certainty as without the BER, consortia would need to carry out self-assessments to ensure they meet the EU’s general competition regulation. Yet an unmodified BER may not provide this legal certainty, as it is unclear which consortia are still covered by it: it applies only to consortia with a market share below 30%, which is difficult to monitor in practice as outlined above.

The reason is that the Commission uses the “combined market share”, which takes the cross-linkages between consortia into account. In doing so the Commission has judged the benefits of the CBER on its ability to make life easier for carriers and administratively simpler for the Commission, fully ignoring the effect this has on European importers and exporters trading in the global marketplace.

4. The Commission has not recognised, despite the evidence provided in the relevant ITF reports that the reduced possibility of costs rationalisation has resulted in a continuous deterioration in the quality of service and in an abuse of power due to their dominant role towards service providers within the logistic chain and therefore an erosion rather than increase in economic benefits to share with users and consumers.

The SWD fails to address the fundamental question as to whether the CBER was effective in increasing the quality of service for users, maintaining an adequate level of choice and sufficient options in terms of frequency of sailings and ports called. The view of the associations, based on hard facts and evidence, is that quality and choice have decreased over the last years. The Commission discounted the necessarily anecdotal evidence supplied by shippers and other users.

5. The Commission has not analysed the impact of liner shipping consortia on port operations and landside transportation. The landscape of the liner shipping industry has changed in the sense that carriers do not limit their services to port-to-port services but door-to-door; they also exchange data on services which relate to the port and land side which is made easier with developments in the area of big data and business intelligence and analytics – all of this not available to the liner shipping industry at the time of previous reviews of the BER.

Market changes, including market definition, recently anticipated by Commission Senior Vice-President Vestager resulting from globalisation and digitalisation would require the carriers to provide evidence relating to the dominant role of end-to-end services and future market developments, such as connected digital information services.

In view of these legal flaws, and considering the CBER is a disproportionate and excessively liberal concession from normal competition rules;
considering the absence of clear benefits for the associations, as demonstrated in the various submissions from the associations, jointly and individually, and the lack of enforceability of the CBER due to missing data, the proposed four-year extension is problematic;
considering that during these four years, the current CBER regime could cause serious and irreparable harm to the European maritime logistics sector.
The associations urge the Commission not to extend the CBER by another four years and to conduct a proper objective evaluation of the Consortia BER over the coming year in view of the need to collect data and assess evidence received.

The signing associations who are exploring all possible legal options believe that it is the role of the European Commission to guarantee a true level playing field and a healthy functioning of the maritime logistics chain to the benefit of Europe’s consumers. In view of the importance of the CBER review process, the associations are confident that Commissioner Vestager is responding positively to a request for a meeting to address their concerns – as this opportunity has no doubt already been given to the carriers and their representatives. 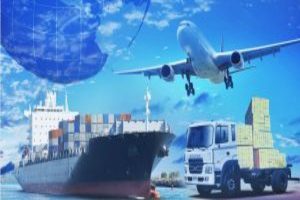 ETA together with 34 organizations has presented the Declaration “Transport keep us going” highlighting the vital role transport plays in the coronavirus crisis. “The crucial role for our society that the transport and logistics sectors Read more... 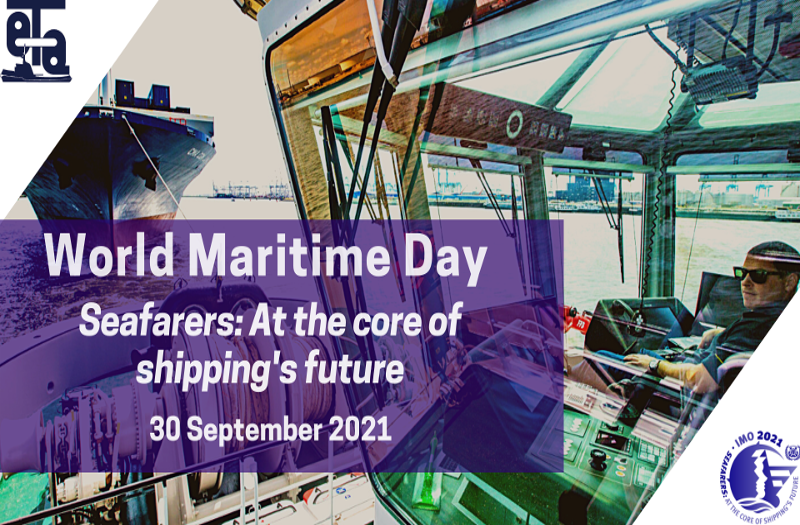 World Maritime Day 2021 – Seafarers: at the core of shipping’s future

IMO´s World Maritime Day is dedicated this year to “Seafarers: at the core of shipping’s future”. With this theme the International Maritime Organization pays tribute and tries to give visibility to the sacrifice and heroism Read more...

Another successful Annual Meeting of ETA

The European Tugowners Association gathered in Edinburgh for its 53rd Annual Meeting between the 11th and 13th May 2016. The event, hosted by Svitzer, attracted one of the largest turnouts of attendees ever with over Read more...