The United Nations Conference on Trade and Development (UNCTAD) presented the 2016 edition of its review of Maritime Transport. The publication examines the current situation of the sector and the long-term prospects for seaborne trade, which it describes as uncertain and subject to downside risks.

The publication underlines the apparent weakening of the trade-GDP growth ratio. During the current decade, the growth of world trade has expanded at a slower pace compared to the global GDP growth levels. Thus, the trade-GDP growth ratio has decreased from a 1.4 in 2013 to a 0.62 in 2015, a pattern that has never been witnessed during times of economic growth. Even if global trade is still affected by the 2009 financial and economic crisis, experts wonder whether this slowdown is a result of cyclical factors (weaker GDP growth) or structural factors such as the beginning of a deglobalization process, idea that has been reinforced by the victory of D. Trump in the US elections.

Concerning trade figures, global merchandise trade by volume weakened in 2015, growing by only 1.4%, down from 2.3% in 2014. World seaborne trade shipments are expected to grow marginally in 2016. Still, even if the some of the main economies are suffering a slowdown or a weak growth like China or the EU, initiatives like the One Belt, One Road, the Partnership for Quality Infrastructure or the expansion of the Panama and Suez Canals could have the potential to give a boost to maritime trade.

Europe was by far the biggest contributor to global import growth with a 59% while the increase of its exports represented a 44% of the world´s growth. This data corroborates the recovery of intra-EU trade and how China and other developing economies in Asia are struggling to maintain a substantial growth while others (Brazil, Russia) are suffering a fall in their GDPs.

This decline in trade growth has also affected the overall port industry, which experienced a significant decline in growth (a 85% reduction in the 20 leading ports). Regarding freight rates and maritime transport costs, most shipping segments experienced historic low levels of freight rates and weak earnings due to the weak demand and the global overcapacity of tonnage. In fact, the world fleet grew by 3.5% in 2015, the lowest rate since 2003.

The EU advances with the preparation work for a new Directive on the development and adoption of alternative and green fuels for shipping, Fuel EU Maritime. The EC has recently closed a targeted consultation focused Read more...

The European Commission presented on December 10th its new Sustainable and Smart Mobility Strategy. The document will be the foundation for all the EU transport policy and legislative initiatives in the coming years. The measures Read more... 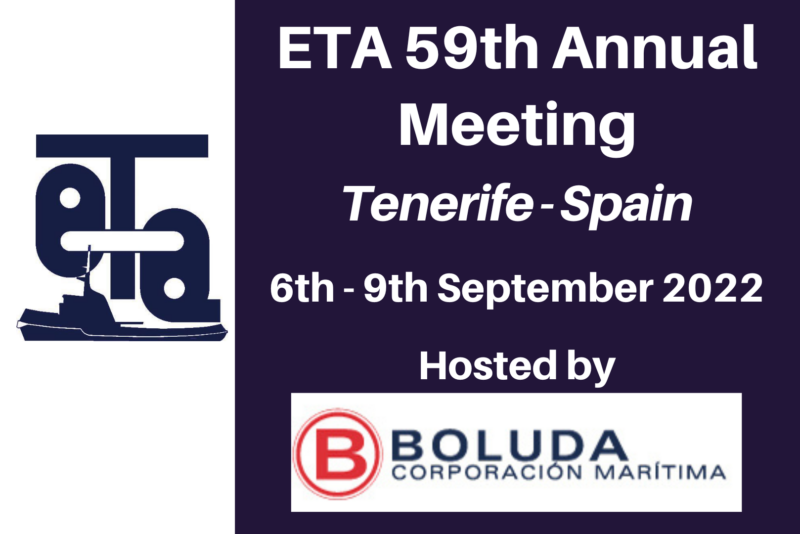 The European Tugowners Association will celebrate its 59th Annual General Meeting in the island of Tenerife, Spain. The ETA 2022 AGM will take place from the 6th to the 9th of September at the Gran Read more...